What is Teen Line?

Teen Line is a confidential hotline for teenagers which operates every evening from 6:00pm to 10:00pm PST. If you have a problem or just want to talk with another teen who understands, then this is the right place for you! You can call us at 800-TLC-TEEN (852-8336), text us by texting “TEEN” to 839863 or email us here. Teen Line also offers message boards, resources and information.

The Teen Line volunteers who answer the calls, emails and texts are Southern California teenagers who have received specialized training. They won’t judge you or give advice – their job is to listen to your feelings and help you to clarify your concerns, define the options available to you, and help you make positive decisions.

No problem is too small, too large, or too shocking for the Teen Line volunteers. Issues that teenagers are dealing with include abuse, depression, divorce, bullying, anxiety, gangs, gender identity, homelessness, pregnancy, relationships, sexuality, violence, substance abuse, self harm, and suicide. 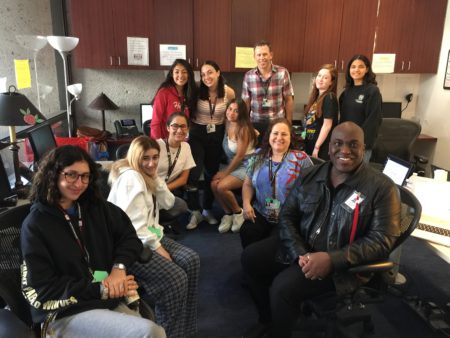 Some Facts About Teen Line

The hotline receives over 21,100 calls, texts, and emails each year

More than 20,500 attend our outreaches to schools & community groups annually

Our website receives more than 1.3 million visitors annually from all over the world

Certified by the American Association of Suicidology (1-800-SUICIDE) 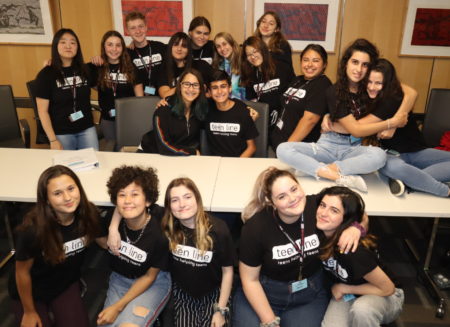 Our Teen Listeners have a special ability to understand and empathize with callers because they are teens themselves. Resource Associates, our volunteer mental health professionals, provide on-site supervision and support to the Teen Line Listeners, particularly important after a difficult call.

Our Community Outreach Program reaches over 20,500 each year, opening dialogues to reduce stigma and educate the community about issues pertinent to adolescence. Our Teen Suicide Prevention Training has been a regular part of the Los Angeles Police Department’s Juvenile Procedures School curriculum since 1996. 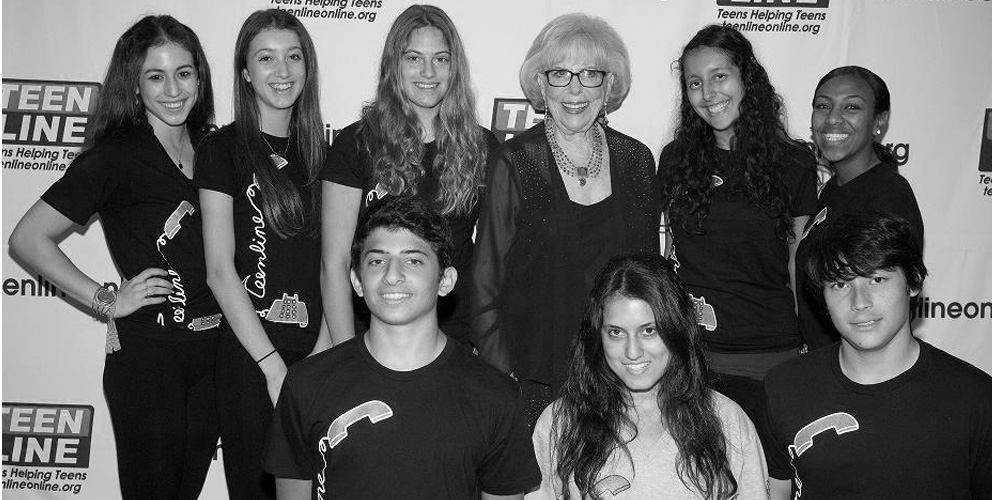 Teen Line was created in 1980 by a group of mental health professionals who, through their personal work with teenagers, realized that a more inclusive approach to adolescent mental health was needed. After extensive research and consultation, Teen Line was born.

For 40 years, Teen Line has provided an anonymous, nonjudgmental space for youth to talk about their problems with highly trained teens who are supervised by adult mental health professionals. Teenagers from across the globe contact the hotline for personal teen-to-teen support from someone their age who genuinely understands.

A Tribute to Founder Dr. Elaine Leader
To view her story, click here.

Teen Line in the Media

TEEN LINE was featured in a documentary E! Investigates Teen Suicide hosted by Laura Ling that aired several times nationally and internationally eliciting calls and emails from teens worldwide. TEEN LINE was a consultant for HBO’s “A Deadly Secret” and has appeared in numerous magazines such as Seventeen, Teen People and YM. Panelists from our Teen Suicide Prevention Outreach were featured on the MTV award-winning music video for the rock group, Good Charlotte’s hit “Hold On”. TEEN LINE was featured in the documentary LIVE LIFE AND WIN! for TV. Teens have also been interviewed for the Santa Monica Daily Press, Patch.com, Catalyst Magazine and ABC.com.

TEEN LINE has been widely recognized for our service to young people through numerous commendations, citations and awards, including the Angel of Peace Award from The Violence Prevention Coalition of Greater Los Angeles and the National Peer Helper’s Association’s 2005 Program of the Year Award.

TEEN LINE takes calls from 6pm to 10pm every night.

We use cookies to ensure that we give you the best experience on our website.
If you continue to use this site we will assume that you are happy with it.