13 Reasons Why: Helpful or Harmful? 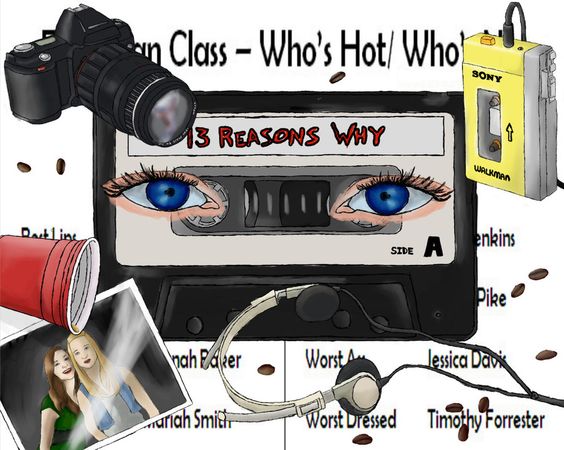 13 Reasons Why (13RW) was released on Netflix last week (3/31/17) amid much fanfare. Jay Asher’s 2007 book had a large following, and the idea of a show based off that book took off. Trailers were everywhere, and many, including myself, were intrigued.

13 Reasons Why is about a teenaged girl, Hannah Baker, who takes her own life, and leaves behind 13 cassette tapes for her peers. Each tape details the reasons leading up to her suicide, and casts “blame” on the actions of others. You watch Hannah’s self-esteem and self-confidence dip while others seem not to notice.

Not surprisingly, many of us in the suicide prevention world have had great concerns about the release of this series. Would it romanticize suicide? Would it be triggering for those who are already struggling with depression or worthlessness? Is it opening the dialogue about suicide and decreasing stigma or misrepresenting it and perpetuating stereotypes?

Truthfully, I think it’s all of the above. Hannah’s decorated locker and memorial in the hallway may glamorize suicide for another who is feeling unseen and alone. The flowers that spring up portray Hannah as more popular in death than in life. Hannah’s mother even touches upon this when she says anyone who knew Hannah would know she thought roses were “cliché,” and wouldn’t have bought them.

The way the counselor, Mr. Porter, responds to Hannah when she finally reaches out, also diminishes the portrayal of school counselors, or adults in general, being a resource for teens in crisis. In real life, a teen reaching out for help usually shows ambivalence towards suicide. The teen is still searching for options, other than death, to get out of their pain. When Hannah is told to “move on” by an adult who is supposed to be a refuge, her ambivalence turns towards certainty. She takes her life that evening.

The answers to my questions are not simple. Suicide rarely is. The series itself is not easy to watch. It’s long, it’s graphic, it literally hurts.

I’ve spoken to teens who binge watched the 13 hour series. They feel it’s a realistic depiction of a lot of high school. The pictures circulating, the subtle bullying, the feeling of being an outsider, the fickleness of friendships, the objectification of women. It’s all real and suicide is the second leading cause of death among teens. Many teens, like Hannah, see no way out other than death.

As parents and/or educators, I implore you to check out these talking points and discussion guides. Explore these topics with your teens. Find out how much they resonate with the series. Maybe even watch with them. If they won’t talk about themselves, maybe they’ll open up about their peers. Let them know you are a resource for them and their friends. And as hard as it is, remember to remain calm if they do come to you. Teens need to know you can handle their emotions and not fall apart. I can only imagine the different outcome if Hannah or her peers had found refuge in the adults in their lives.