We Need to Teach our Teens What a Healthy Relationship Is 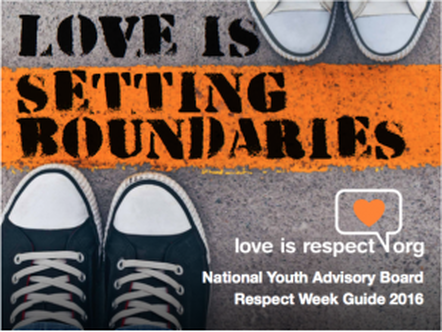 Sexual harassment, misogyny, “slut shaming.” The Making Caring Common Project out of Harvard University, released new research this week about the disturbingly high rates of these behaviors in today’s young people.  Their national survey of 18 to 25-year-old “reports 87% percent of women reported having experienced at least one of the following during their lifetime: being catcalled (55%), touched without permission by a stranger (41%), insulted with sexualized words (e.g., slut, bitch, ho) by a man (47%), insulted with sexualized words by a woman (42%), having a stranger say something sexual to them (52%), and having a stranger tell them they were “hot” (61%). Yet 76% of respondents to this survey had never had a conversation with their parents about how to avoid sexually harassing others.”

OOPS! What did we forget to teach our kids now? I truly believe most of us are trying our best as parents, but there are so many influences working against us. Social media, an oversexualized culture, 24/7 access to anything. We barely know how to handle all of this ourselves, let alone guide our teens.   The good news is that this report reveals that our teens still want our guidance, even when it’s awkward or uncomfortable.

This week, a friend’s 11 year old daughter revealed to her that she was being sexually harassed in one of her classes. That’s right, eleven! Thankfully, she was able to talk to her mom, the school stepped in appropriately, and she learned that no one deserves to be harassed, sexually or otherwise.   Sadly, her story is not uncommon.

Sexual education in schools is often focused upon pregnancy or STI prevention, or abstinence. Love, respect, intimacy, or pleasure are generally not talked about in sex ed.   Most of us don’t talk about these things at home either for a variety of reasons. Maybe we can’t handle seeing our children as sexual beings, maybe we do not feel like good relationship role models, or maybe we think someone else will teach them. Although as a mother of a daughter, Peggy Orenstein’s book Girls and Sex: Navigating the Complex New Landscape, terrified me, I do agree we need to do better by our girls (and boys).

So how do we do better? First, by not beating ourselves up about what we haven’t done, and recognizing that teachable moments occur all the time. As Dr. Robyn Silverman says, “parenting is the ultimate do-over.”

A few other ideas:

As hard as some of these conversations are, we can’t afford the cost of not having them. Our teens need to hear from both sexes if we are ever change our current culture.