We Can’t Ignore the Dangers of the Online World 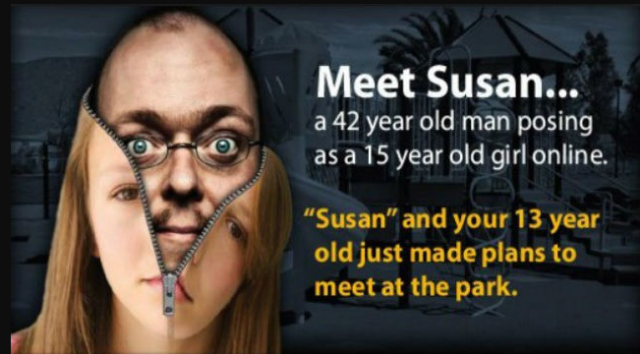 In the last two weeks, I have heard of a rape and sextortion case both related to the app Kik. The rape involved a college student who met up in person with a man she had been corresponding with online. Their meeting took a tragic turn when he drove her to a secluded area and sexually assaulted her.

The sextortion case involved a story we hear way too often on our hotline. A 27 year old threatened to hurt a 17 year old he had met on Kik (she probably thought he was her age) unless she sent him nude pictures. He knew enough about her and where she went to school for her to believe his threat was realistic. Once he had the pictures, he threatened to send them to her family and friends unless she had sex with him. This girl didn’t tell anyone about what was happening to her until detectives found her after another girl had reported a similar threat.

I really feel for our teens today. They are the first generation truly growing up “online,” and facing situations that our experience doesn’t prepare us for. We give them smartphones so that we can keep in touch in them, and because all their friends have them. We aren’t always thinking of all the dangers they can present.

By virtue of brain chemistry, teens do not have the same judgment and reasoning ability as adults. They also don’t always have a realistic sense of the future and the impact of their actions. Teens are highly likely to be influenced by peers and peers’ approval, and be more trusting than us jaded adults. Being punished or shamed by their parents is also at the forefront of their thinking, particularly if they were the ones who sent the nude pictures or initiated the contact.

So what can we do?

Create rules before they get their first smartphone. Before teens get a driver’s license, they spend hours learning the rules of the road, as well as practicing driving, before they are granted a permit or license. At least in California, 16 year old drivers have restrictions on when they can drive and with whom. Some may argue that cars kill, not phones. Tell that to a parent who has lost a teen to an internet predator or someone texting while driving.

Educate ourselves (and them). Learn which apps teens are using where you live and the positives and negatives of them.   Share with them real life stories of people you know or read about who have been harmed or led astray by internet “friends.”  Problem-solve and create scripts for when they are in a tough situation.

Be realistic. Teens are going to do “stupid” things even if they know better. Even with the best tracking software, they are going to find ways around you. Teach them ways to minimize the negative impact of their actions.

This is new territory for all of us.  Remember, the best way to teach our kids, even our teens, is through role modeling appropriate behavior, and admitting when we make a mistake.